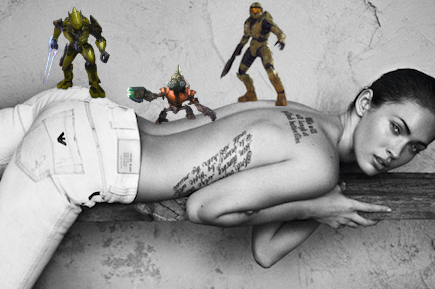 In an interview with Steve Weintraub of Collider.com at the Toronto Film Festival, Megan Fox dropped a mega bomb of nerd perfection upon the world. She’s ‘addicted’ to Halo and plays online constantly!

“I have Halo: Reach. I have a complete addiction to that game. It is sick. I play online mostly and [other gamers] have no idea. They make fun of my gamer tag too because it is funny. They are all a bunch of guys and it is clear that I am a girl so they make fun of my name, and they have no idea they are making fun of me.”

The Transformers/Friends With Kids actress also told Weintraub, that her go-to karaoke song is “Sweet Child O’ Mine…”

She also said that she wanted to stay away from Twitter:

“I feel like it is important to still keep some space and some distance, which is why I don’t have a Twitter.  I honestly don’t think that I am cool enough or important enough that anyone would care about what I am doing at all hours of the day” 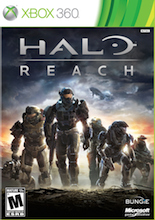 If she really does play, I challenge her to an epic DMR battle for the ages. Swat, on Sword Base. Up to 50.

P.S: telling everyone that you actually play under your real name is going to cause a bunch of nerds to create billions of Megan Fox gamertags just to fuck with people. So thanks for that.

Leter in the interview, she described her improv skills on the new Judd Apatow project with Leslie Mann and Paul Rudd  as “relatively comfortable.”

[She also said that she has not seen Tranformers: Dark Of The Moon.]