“You also have to worry about how you’re going to look, I had never been so worried about that before, but after seeing how much Taylor 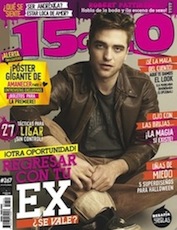 works out for the movies, I thought, ‘Well, everybody is really going to judge me now.’ I always tried to think about positions where I could tense the muscles, and suck in my belly.”

He also mentioned that he did work out very hard for six months before and during filming of Breaking Dawn part 2 to achieve his ultimate goal, a six-pack!

[I thought he had a ghostly pack of something in his shirtless Italian Eclipse scene (above) but maybe it was just shaded in with a Prismacolor?]