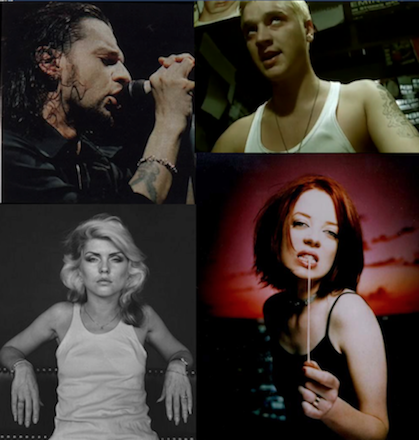 2.  Islands – “Creeper.” What’s Canadian, bigger and better and than Arcade Fire, and underrated? The band Islands! And you might agree after you hear this stalker anthem, off the second studio album from these Montreal natives. “Open my door, thought I was alone but Someone was hiding in the dark room in my home…Creeper in my home. Crawled in through the window.” 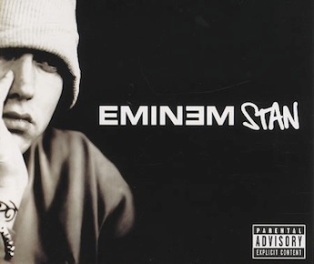 3. Eminem – “Stan.” I think this may be my favorite entry on this list, for the fact that it all fits in so nicely. It’s somehow perfect, for its two points of view. Throw in a little Dido and you’re golden. This is, to me, a prelude to “Love The Way You Lie.” Though Eminem admitted to Stan being a fictional character it still feels hauntingly real. “Dear Slim, I wrote you but you still ain’t callin.’ I left my cell, my pager and my home phone at the bottom. I sent two letters back in autumn You must not have got ’em.”

4. Jennifer Hudson – “No One Gonne Love You.” Who knew Louise from St. Louis/that woman who didn’t deserve to win an Academy Award/an American Idol finalist could write such a pushy, Beyonce-worthy song? “See I, I, I, I, I don’t mind you putting up a little bit of fight, it’s alright, but why run from what’s gonna hold you tight…Ain’t no one gonna love you.”

5. Taylor Swift – “Enchanted.” Perhaps the sweetest prowler theme of all time, it’s the story of “Enchanted” that landed it here. After meeting Adam Young of Owl City, Ms. Swift wrote this little ditty describing her excitement, revealing to Yahoo that it was about “a guy” she met in New York who she’d previously only corresponded with through email. Young himself confirmed the rumor, saying he was “smitten.” Such a bold move, writing a love song about someone you hardly know. “I’ll spend forever wondering if you knew.” 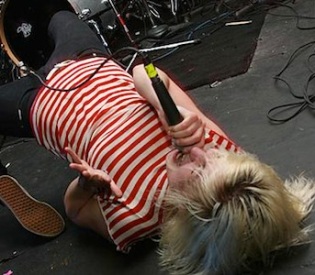 6. Be Your Own Pet – “Becky.” With its cutesy gnarled swagger and adorable retro girl group tone, this is a whole other type of lingering follower song. The kind where your HS best friend turns against you, and eventually kills you, but it’s funny, somehow. “I’ve got a brand new friend okay, me and her, we’ll kick your arse, we’ll wait with knives after class….Now I’m going to juvie for teenage homocide, it would all have been cool if you’d stayed by my side.”

7. Sarah Mclachlan – “Possession.”Back in 1994 Lilith Fair founder Sarah Mclachlan was sued by a devout fan over this song’s content, claiming she plagiarized him. “Fan” is actually an understatement, since he was the type to tail her from a distance and send love letters filled with poetry. Tragically, the man in question, Uwe Vandrei, killed himself before the bizarre case went to court. “And I would be the one to hold you down kiss you so hard. I’ll take your breath away and after, I’d wipe away the tears. Just close your eyes dear.”

8. Garbage – #1 Crush. This hit alternative track from 1996’s excellent Romeo + Juliet soundtrack reads out like a journal entry written by a fittingly depressed 16 year-old. Could also be Lindsay Lohan’s individual Twitter messages aggressively directed at Samantha Ronson. “I would die for you. I would kill for you. I will steal for you. I’d do time for you.”

9. Depeche Mode – “It’s No Good.” Any excuse to put Dave Gahan on a list and I’m there. However, this isn’t a simple fan nod. Though sometimes there’s a fine line between a sweet ballad to a loved one you miss and an inappropriate, spine-chilling sentiment of not letting go, this probably falls into the second category. “Don’t say you want me, don’t say you need me, don’t say you love me, it’s understood. Don’t say you’re happy, out there without me. I know you can’t be.” 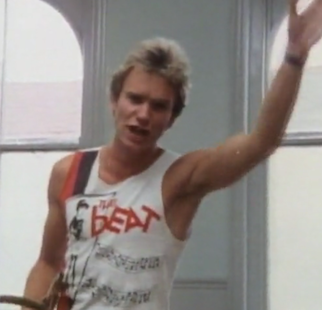 10. The Police – “Don’t Stand So Close To Me.” Most people would put “Every Breath You Take” at the top of this list, but that’s been done, overdone. “Don’t Stand So Close To Me” is a Grammy-winning 1980’s tune of epic proportions about a slightly lusty teacher and a student with an overbearing crush. It’s like the stalkee could easily flip at any moment and become the stalker, keeps you on your toes. I just love when Mr. Schuester sings it to Rachel on Glee and she still doesn’t get it.

11. Rebelution – “Nightcrawler.” Okay so it’s not so much about a hungry huntress, but a girl who needs true love, by this white boy nu-reggae band. It’s all there in the title and a few of the words. Plus it gets stuck in your head. Key lyric: “Look straight ahead in the distance, there’s a nightcrawler. You’d better move quick, don’t you know she’s a night stalker. She’ll take away all the love that you feel.”

…That’s the end, but I’d like to add that there are different songs to actually sing to the person you’re stalking, my favorite would have to be Adele’s “Someone Like You,” as long as you don’t weep and eat ice cream in front of them like Emma Stone on SNL.