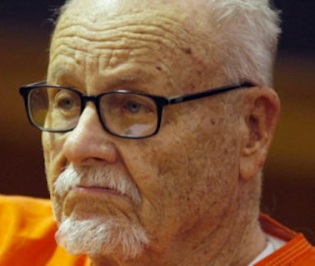 Jodie Foster’s father, Lucius Foster, was sentenced to five years in jail on Thursday for duping 21 home buyers out of thousands of dollars in a scheme that could have landed him behind bars for much much longer.

The crime Foster, 89, committed could easily have earned him 25 years, a life sentence for someone his age. Lucky for him, he has a second chance and will likely not serve his full sentence due to overcrowding. He will be liable for a large sum of money, probably more than $150,000, the prosecutor speculated.

Lucius Foster, a former Air Force colonel, left Jodie Foster’s mother while she was pregnant. Not exactly a pinnacle of morality to begin with. Add the fact that he promised to build homes for multiple families in California, with no contractor’s license to speak of, and you’ve got a person with basically no conscience.

Foster asked for $5,000 down payments on small homes (2,000 sq feet) advertised on Craigslist, that would have been built in the San Fernando Valley for the total price of $85,00 a piece. He also made the ridiculous claim in court that his intentions were to help people with lower incomes.

“My conclusion, was that the middle class was about to be eliminated. One idea I had was to supply them with low cost housing.” The judge didn’t buy it, charging him with grand theft and saying he’d obviously “profoundly hurt the middle class.”