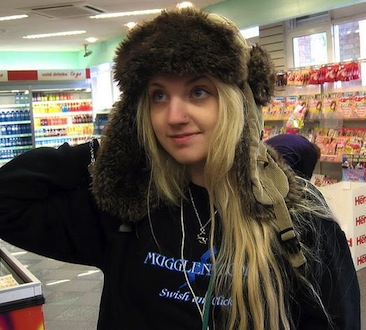 I’m excited because I’m a huge Britney and HP fan (dork alert) so when Evanna Lynch, who played the lovably spacey Luna in J.K. Rowling’s big-screen adaptations told BANG Showbiz: “People laugh when I say this but I would love to play Britney Spears in a movie,” I was thrilled.

Lynch, who had acted only in plays before Harry Potter, continued: “She’s complicated and I just relate to her. There are so many pop stars
out there at the moment and I just think they’ve just got their image thing so planned to a T.”

“Say, Lady Gaga, I like her and I like her music but I don’t relate to her because she has this image and she’s weird and perfect, whereas 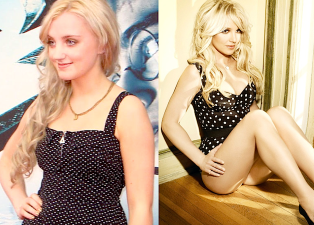 Britney is rich and cool and beautiful, but has also shown her vulnerable side and had a breakdown in front of the whole world.”

“That takes strength and bravery to do that. I just think she’s more complicated than people think. Also, I think career wise it would be a big departure from Luna. And I love dance!”  Lordy, someone get this girl a contract!

One thought on “Luna Lovegood As Britney Spears? Get On This, Hollywood!”