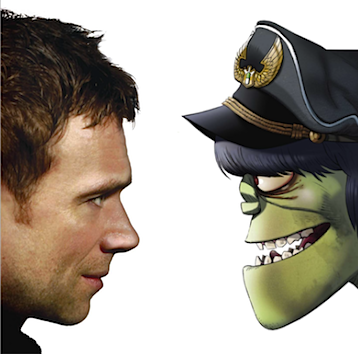 The only two people in the world that would be happy about Blur and The Gorillaz no longer making music are the Gallagher brothers.

You heard right, Damon Albarn may be calling it quits on both of his beloved bands.

He told The Guardian that Blur’s performance on closing night (August 12) of the Summer Olympics at Hyde Park in London will likely be their last. When asked if there would be future shows he said “no, not really” and:

“I hope that’s the truth: that that’s how we end it. I don’t know: you can write scripts, and they always end up going…well, one thing I’ve learned is that everything I think I’ve got totally sorted out, and I know exactly what’s going to happen, never works out that way.”

On the song “Under The Westway” he said, “It’s the first Blur song where it’s been one take…Which is quite nice, because I don’t really see any more recordings after this. So it’s nice to have finally done one song where we did it properly.”

Finally, Gorillaz co-creator James Hewlett and Albarn are no longer getting along after their album and tour for 2010’s Plastic Beach. His words – “That sounds very juvenile, doesn’t it? But being juvenile about it, it happens. It’s a shame.”