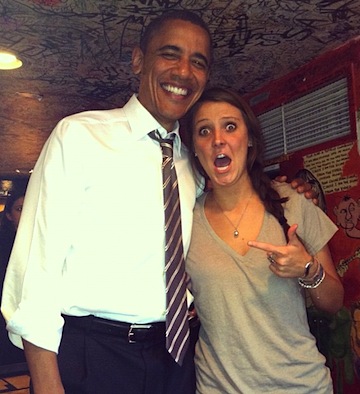 The answer is yes, meeting the president is overwhelming whether it’s George Bush or Obama or Ulysses S. Grant. Especially if it’s Ulysses S. Grant because nobody but the Biography channel likes ghosts.

Now, this picture went viral for the obvious reasons. I hate the word “viral” because anything on the internet is technically viral but this is just one of those times where I’m lazy and can’t think of anything else.

The woman you see is University Of Colorado student Madalyn “dive bar girl” Starkey who ran into the prez at, you guessed it, a local pub.

Her Twitter caption (“Just met Obama at the Sink”) was much more relaxed than her facial expression. Good thing she has proof, cause who would believe her without it?

Also, check out these Starkey shock memes. I even made my own—-> 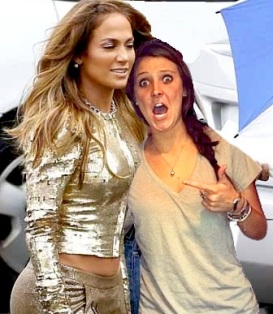 [Oh shit that’s a lot of gold! How much is it worth, Rick Harrison of Pawn Stars?] 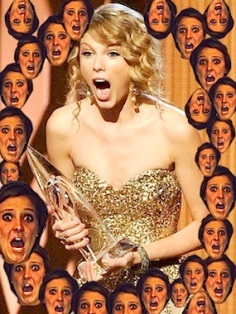 [Surrounded by oddly tan and equally surprised centi-heads? Surprise is the right emotion.]