Vieem (pronounced vie-em) is an East Coast songstress on the rise. Oddly, I had just been telling myself that I need to interview someone again, since my correspondence with Spektor-soundalike Jen Miller was completely painless and massively beneficial to myself and anyone reading.

Of course I couldn’t think of exactly who to contact about an interview. Then, like a slap of fate, I get a message in my inbox from an indie artist with a link to her SoundCloud.

Now, this barely ever happens, musicians contacting me, but when they I do I feel the looming presence of shame, like I’m going to let them down somehow. After the mild anxiety, I realized that this was actually perfect timing!

So I wrote to her about her album, Be It Hated, the industry, and much more and she did a great job of answering my sometimes amateur questions with depth.

The single “If Only You’d Know” is pretty powerful, the chorus in particular is massively catchy. What is your songwriting process like in terms of the lyrics and music?
That’s a good question. I find that sometimes a melody guides you to what fits it best. The same goes with the lyrics. I find that usually when writing melody or lyrics they come to me when I least expect it. If that makes any sense. If I sit down to say that I want to write about a particular topic? I’ll be blank, get nothing.

And then, doing the most mundane thing like going about my regular routine (which includes my gotta-have morning coffee) will conjure a wham moment! Something will come to mind.

So I would say coffee helps. With “If Only,” it came about with one chord. I remember sitting one afternoon mustering on my keys. One particular chord randomly struck out of nowhere. And that chord stayed stuck in my head for three weeks. Which usually is a good sign. That’s how “If Only” came about.

You list a few strong female influences on your bio, like Belinda Carlisle, Cyndi Lauper, Tina Turner and Joan Jett. Are there any others you’d like to mention?
I really find myself listening to a lot of Florence and the Machine right now. I love her music and think her most recent album is really sick.

As an indie artist how do you feel about the people who are currently dominating the airwaves, like Lady Gaga, Rihanna, Katy Perry and Nicki Minaj?
It’s a woman’s world right now. I like music from all of these women. I’m glad to be a woman.

Random, but do you have a favorite past or present TV show?
I’m not much of a Television watcher but do admit I’m a real goof for the I Love Lucy reruns. They still crack me up today. 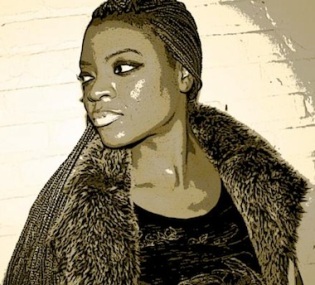 In high school you formed an all-girl group, correct? What did that sound like?
The girl group I was in was actually a brief stint. We sang lots of Escape covers for the most part and were mainly R&B in sound.

Is your album, Be It Hated, inspired by any one person, or would you rather keep that a secret?
Be It Hated is really inspired by completely different things. “The Miserable Wallflower” is the only track on the EP that is talking specifically about a person that was in my life at the time.

The best way to describe the album’s plethora appeal is like going from dark into light. I like to think of it like riding a roller coaster. You get the heaviness first, the intensity continues to build, then finally the landing. The stories are a conglomerate about life, identity and love. It’s a mixed bowl. That’s the beauty of it.

What song from the album do you have the most connection to? Or is it too hard to pick just one.
I’m a mum with a flock of seven children. Choosing one is like asking of which of my brood do I favor the most. It’s literally comparing apples to oranges. Each song holds its own uniqueness and hidden meaning to me. That is why pinpointing one song is hard.

However, I definitely feel that the title track “Be It Hated” is the most charged out of all the album. I always get a surge of electricity when playing that track and envision myself in an arena stadium playing to the masses, just killing it. It really is a rock-out driven song. The track that sums up who I am as an artist entirely.

What is the very first concert you ever saw, and the most recent?
I wish I could say that I am an avid concert goer but really am not. However a friend did coax me into a Prince concert at the garden in early 2011; that made me a believer.

You’re a pianist eh, taught by your father? As a kid I tried to take lessons and gave up. Do you feel that piano is the most important but hardest instrument to learn?
I was born into a family of musicians so learning to play the piano came relatively easy for me. Compared to my siblings who played the violin. I would say the piano is one of the easiest instruments to learn. 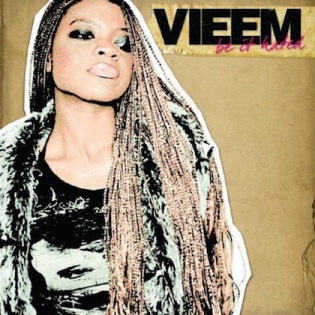 Anything you want to say to fans of your music, or aspiring musicians?
It’s a wonderful thing to see the internet reinvent the wheel in the music industry. Musicians like myself that perhaps never would have gotten any opportunity now have an abundance of opportunities.

That the notion to reach household name status as an indie artist is no longer far-fetched. So therefore, my advice to fellow artists is to say no to limitation and let your possibilities be endless.

As for the fans: Being a singer, songwriter means freedom of expression. Being a fan means receiving that freedom and interpreting it however they like. Whatever way  music resonants with someone is how they respond.

Hey, I know it’s asking a lot from a fan to buy an album or attend a concert when they could be spending their dollars elsewhere. That’s why when a person appreciates your music enough to support you, it solidifies that what you do is not just for yourself: It’s also for them. In the end it’s always about the fans.