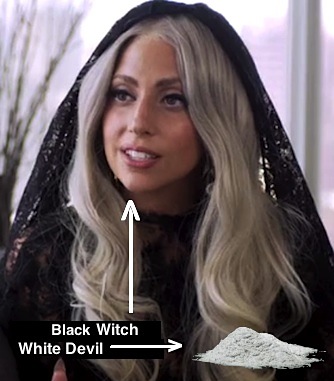 Lady Gaga has never been one to keep secrets, except about relationships. Her drugs use is something she’s always been open about, though she went more into depth about it for The Conversation with Amanda de Cadanet.

“I was very depressed when I was 19. Because I decided to pursue music, and I dropped out of school and I told my parents I didn’t want any money from them…And I would go back to my apartment every day and I would just sit there.”

“It was quiet and it was lonely. It was still. And there was just my piano and myself…Especially during the period when I was doing cocaine.”

“It was like the drug was my friend. And I never did it with other people. It’s such a terrible way to fill that void, because it just adds to the void really, because it’s not real.”

“I just remember one night being in the shower, I was bent over in the shower and I had the cold water on and I was coming down. I’d just done so much, I didn’t even feel good.”

“I had a thing of Nyquil and I had the water going and I was drinking the Nyquil and I’m just like ‘Please Jesus Christ in heaven let me live through the night and I’ll never do it again.'”

“I sort of fucking woke up one day and was like, ‘You’re an asshole. You’re not an artist. If you were a real fucking artist, you’d be focused on your music. You wouldn’t be spending your money on the white devil.’”

In 2009, she told the Daily Mail that her dad helped save her hide and that she was able to stop because she was “panicking more on drugs” than when she was sober.

2 thoughts on “Lady Gaga On Cocaine: It’s ‘The White Devil’”