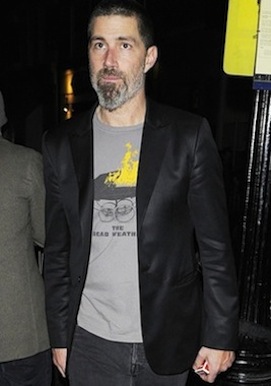 After reading a slightly unsurprising report that Matthew Fox had been taken into custody for a DUI after a drunken search for fast food, I learned one useful thing that I probably already knew but forgot – he lives in Oregon.

Alright, so it’s not MEGAN Fox, but it’s a Fox. Better than nothing.

A Party Of Five Fox, complete with Charlie Salinger face scruff – a mere three hours from my house, in Bend (that’s Central Oregon’s largest city, for all the non rain-soaked bicycle-riding hippies who aren’t in the know).

Fox moved there in 2010 with his wife and two kids after living in Hawaii for Lost. He lives on a 10-acre property on top of a dormant volcano amidst Willamette National Forest where he can be closer to his cousin.

He told Seven Magazine, “I really need those wide open spaces and feelings of loneliness, I can hear myself better there. When I’m in Los Angeles I just can’t fucking wait to get out of it.”

“The traffic and everything just drives me nuts…I want to enjoy fishing, hiking, skiing, mountains and fresh air.”

Too bad the people in this state are too busy dipping their cigarettes in Stumptown coffee, Kombucha, and Voodoo Doughnut glaze to be into stalking.

You could lurk near the houses of the most random group of characters ever – Frank Black, Rowdy Roddy Piper, Beth Ditto, Gary the retard, Daniel Baldwin, Phil Knight, and so on…

I’m thrilled to have seen Frank Brickowski walking around my neighborhood on multiple occasions. He used to guard Dennis Rodman, you know. …Hm, Nobody??

One thought on “Matthew Fox Lives In Bend, Oregon?”