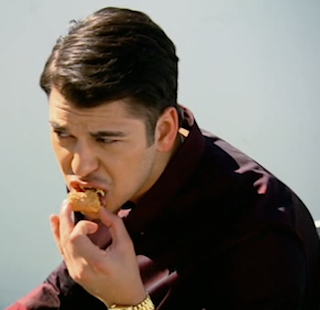 “Inappropriate” and “Kardashian” in one sentence feels like a very redundant oxymoron. Anyone who watches the show knows this is one weird family, and I’m not talking about brains or selfishness.

The sisters (and Rob) are constantly de-pantsing and groping each other while talking in detail about sex and every other thing I would never consider discussing with my family.

On the finale of Khloe & Lamar, Khloe considers getting a DNA test to find out is she is in fact Robert Kardashian’s biological daughter.

“Rob and I are rappers, my name is Khlo-Money and you are one of our groupies so you’re gonna have to give Rob head in the bathroom.” He replies, “Why do I get yelled at when I say shit like that?”

[Random note: The DNA storyline appears to leak into the season seven premiere of Keeping Up With The Kardashians, which airs May 20.]

One thought on “The Most Inappropriate Kardashian TV Moment Ever?”