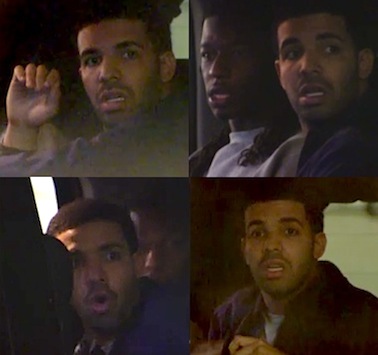 Ashton Kutcher returned as a host for a special episode of Punk’d that aired before the MTV Movie Awards on Sunday to play pranks on Drake and Kim Kardashian.

In all his manic bravado, he brought up one important point, this redesigned season of the show has kind of sucked in that three of the victims (Rob Dyrdek, Joe Jonas, and Aimee Teegarden) figured out they were getting Punk’d.

His trick for the episode was making Drake think that an earthquake ensues while the Secret Service are escorting him into a parking garage to meet the Vice President.

It sounds a lot sillier than it is, in that you’d think he’d figure out that Joe Biden doesn’t talk to anybody but himself. Anyway, Drake freaks out over the simulated earthquake and it’s pretty fun to watch.

The SUV he’s in, and all the cars around him begin shaking and his mouth drops. A pregnant woman even gets tased (that part made me wish it was real). 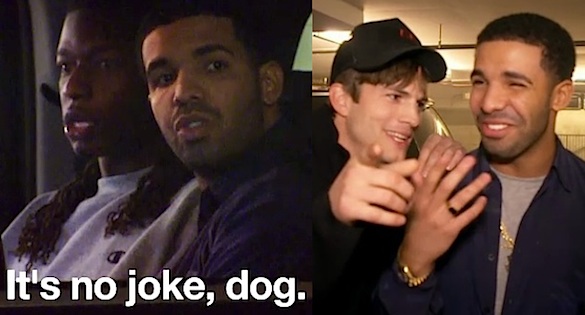