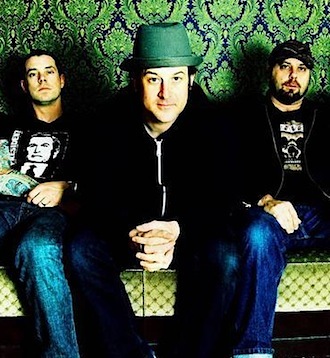 A statement from Fat Wreck Chords revealed that 41-year-old Tony Sly, lead singer and songwriter of the San Jose-based rock band No Use For A Name, passed away.

No time of death or exact location was listed but an investigator with the Santa Clara County Medical Examiner’s office said that “It appears to be a natural death,” though further examinations would be needed to determine an exact cause.

“We have lost an incredible talent, friend, and father – one of the true greats. One of my dearest friends and favorite song writers has gone way too soon. Tony, you will be greatly missed.”

In 1989, not long after No Use For A Name’s formation, three of the key members left including the lead singer. Then came 18-year-old  Tony Sly, who worked on a total of nine albums with the band plus four acoustic albums.

Two of those acoustic albums were with Joey Cape of Lagwagon, the most recent being Sad Bear from late 2011. The two were in the process of a U.S. tour.

Sly is survived by his wife and two daughters, one of which is the topic of the song “For Fiona,” released on No Use For A Name’s second to last album, 2005’s Keep Them Confused.