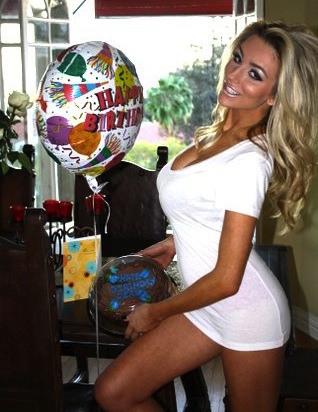 Hipsters are always complaining that Kim Kardashian, Snooki, and Paris Hilton are famous for doing nothing.

Being a strong advocate for the weak, I must say that Paris has proven herself a shrewd Diddy-style businesswoman, Kim owns and operates D-A-S-H boutique with her sisters, and Snooki is the most successful person from one of the highest-rated cable television shows of all time.

Then there’s Courtney Stodden, who is actually famous for no reason, unless you count marrying a 50-year-old actor (Lost/The Green Mile‘s Doug Hutchison) at age 16.

My advice is for her to DO IT RIGHT NOW, before she fades into obscurity. If the barrage of underwear pictures wasn’t enough, here’s proof that this is likely a lifelong dream of Courtney’s.