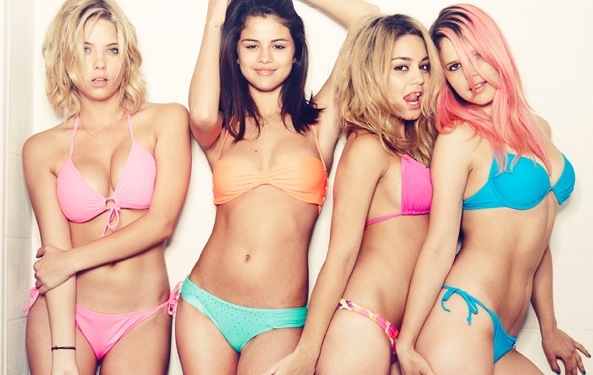 EVEN THOUGH the stars of Spring Breakers (Ashley Benson, Selena Gomez, Vanessa Hudgens, and Rachel Korine) are portraying college kids and are not technically minors, you will feel like a dirty pedophile after simply viewing one promotional photo.

Imagine what will happen when you see the movie. You’ll get put on “the list.” You know, the one viewable by location on the Offender Locator app.

The site also says that [male] director Harmony Korine intentionally asked this group of starlets (Heather Morris is a part of it too, somewhere) for bad performances. Here’s an official summary of events:

“Four college girls who land in jail after robbing a restaurant in order to fund their spring break vacation find themselves bailed out by a drug and arms dealer [Franco] who wants them to do some dirty work.”

[Courtesy of Oh Drugs, on Tumblr]