“Yes!!!! This happend 20 min before we won!!!! Jajajajja. I luv my life!!!!” Vergara wrote on WhoSay with an accompanying photo of her ripped green dress, then another of an “emergency team” frantically pinning it together.

Surprising that Christina Hendricks didn’t have a similar problem, from the front… 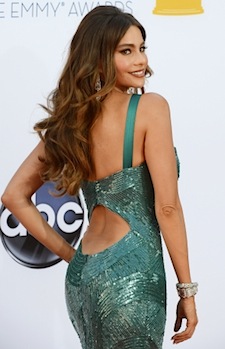 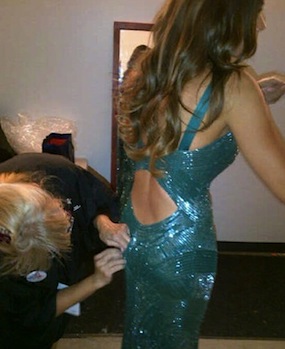