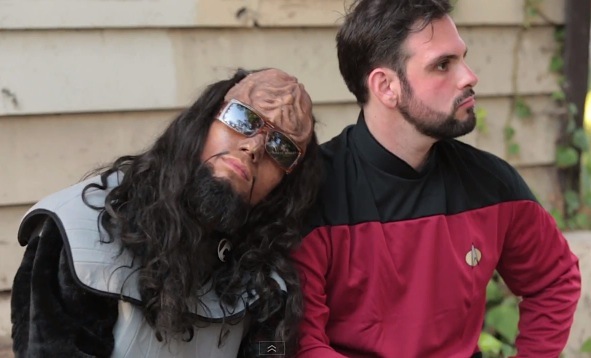 Psy’s viral video turned song-that-people-actually-like (number one on iTunes) has too many parodies.

My favorite is probably the Naval Academy’s video (who doesn’t love dancing sailors?) while my least favorite would have to be “Hitler Gangnam Style” because it’s scary and not funny (Hitler never is).

Your new favorite could be “Klingon Style” if not solely for the non-Worf member of the Star Trek species playing tennis with a huge rock and the tiny Vulcan sidekick.

I salute you, woman. You are a very pretty woman. Fucking success. Let’s go!
What is coming toward us? Romance and sex. Let’s go. Let’s do this!
You drink bloodwine. I see you. Dirty. Dirty. Science officer and lady. Crazy.
I must show you my heart. One two romance success.
Let’s kill some Romulans. 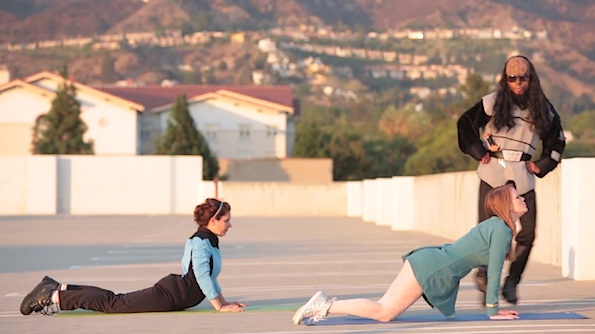