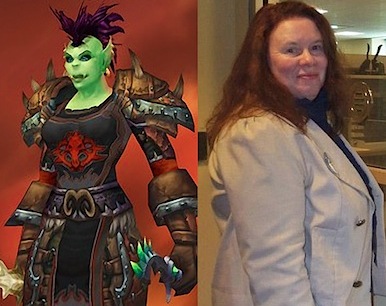 Republicans in Maine are running a smear campaign against a Democratic candidate for senate because of her personal love for World of Warcraft.

Supporters of Senator Tom Martin sent out postcards and devoted an entire website to warning voters in District 25 that Colleen Lachowicz has a “disturbing alter ego” and is leading a “bizarre” and “time-consuming” double life as a high-level orc named Santiaga.

“We need a Senator who lives in OUR world, not Colleen’s world,” the postcard laughably reads.

“I’m in good company since there are 183 million other Americans who also enjoy online games. What’s next? Will I be ostracized for playing Angry Birds or Words with Friends? If so, guilty as charged!” Lachowicz, a Behavioral Health specialist, said in a statement. 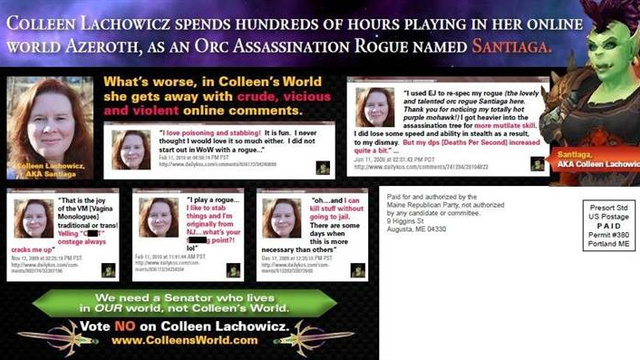 One thought on “Warcraft-Playing Candidate Shamed By Republicans”