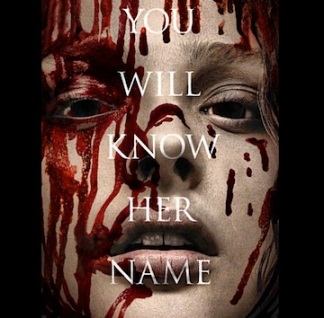 Since almost nobody under the age of 25 has read Stephen King’s acclaimed novel Carrie, Screen Gems and MGM have decided to capitalize on the story’s relevance (teen bullying) by making a third version.

Everyone remembers the original in 1976 but few saw or can recall the remake in 2002 starring Patricia Clarkson and Angela Bettis (Girl, Interrupted, May). This one, due March 15, 2013, also has a promising director (Boys Don’t Cry‘s Kimberly Peirce) and cast…

Chloë Grace Moretz (despite King himself suggesting Lindsay Lohan) as the teen with an unstable harness on her telekinetic powers and Julianne Moore as Margaret, the fanatic mother who believes her sheltering parenting techniques are saving her daughter from the very hellfire she eventually unleashes upon her pig’s blood-dumping classmates.

Was Moretz cast because she proved that she likes to play in blood in Let Me In? She’s great but movies like this and Halloween do not need to be remade.

Remake a crappy movie, like 27 Dresses or Grown Ups and KILL all the main characters or put them in a pod that maximizes their ability to nourish cyborgs.