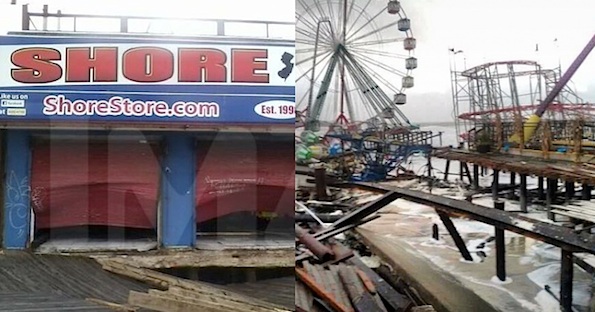 Hurricane Sandy-related property damages are estimated at around $20 billion but I’m still somehow not surprised that the place Snooki, JWoww, Pauly D, The Situation and the gang called home is intact.

JWoww told Leno on Tuesday that the t-shirt shop she and her Jersey Shore castmates worked at for 6 seasons had taken on some damage after the doors blew open. “All that water came into the Shore Store and into the house … it’s standing but completely gutted,” she told Jay.

Ugh trying to change my son's diaper while holding a flash light is not easy. #nopower 👎

Still have no power & seeing pictures around the area is devastating 😔

Lmao sick!! “@Halisco_21: New Jersey is safe, they have @snooki as a floating device”