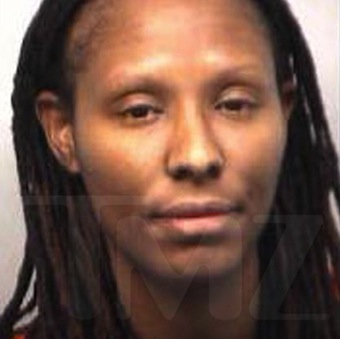 As a college basketball star in the 90’s, Chamique Holdsclaw was referred to as the “female Michael Jordan.” She’s also a former WNBA star and an Olympic gold medalist.

Holdsclaw, 35, is sadly now one of many athletes whose fall from grace stems from criminal activity.

WSBTV reports that she turned herself in on Thursday after she smashed the windows of her ex-girlfriend and teammate Jennifer Lacy’s car.

Chamique also pulled a handgun out after following behind Lacy’s Land Rover from a parking lot and shot at her vehicle in an attempt to ignite gasoline that she may have previously poured into the car.

She has been released on $100,000 bond and will go to court later this month to face charges of aggravated assault, property damage and possessing a firearm while on probation.

All this because of a breakup? In the words of Kreayshawn, “’bout to burn this motherfucker down like I’m Left Eye.”