Barbara Walters’ list of the Most Fascinating People of 2012 is out and two of the choices are baffling. Out of Ben Affleck, Hillary Clinton, One Direction, Chris Christie, Gabby Douglas, E.L. James and Seth MacFarlane, who do you think I’m talking about?

If you have to ask, we’re not on speaking terms. E.L. James and One Direction of course, though I have to say, Barbara Walters or whoever compiles this crap is not to blame.

Rock authority Rolling Stone was never to blame for suddenly putting the Backstreet Boys on the cover, it was simply what was popular at the time and came with a sort of unspoken apology.

E.L. James inclusion on Time’s Most Influential was much more disturbing. “Fascinating” works because it really is a wonder that people admit to being turned on by, and liking her book. 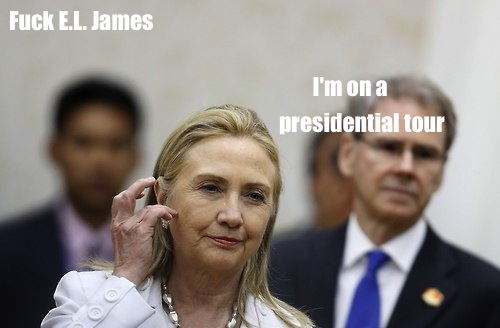 Nobody would say “What Makes You Beautiful” isn’t catchy, but long-term are you going to remember Gabby Douglas at the Olympics, Family Guy, Hillary Clinton’s career, or that song?

The 90-minute special airs on Wednesday, December 12 on ABC.