I like to reminisce about all sorts of thing…. the time I ate a pizza that could easily have fed three John Goodmans, that other time I stepped in a red ant nest and vowed to never put on a dress again, and all the times celebrities wore dresses but forgot underwear.

(Anne Hathaway, thank you for showing me that vaginas can look just as anorexic as collar bones).

Almost everything on The Twist is written because I have a swiss cheese memory and would like to keep some sort of log of inane entertainment-related things, not to mention my daily state of mind (always bitter, never serious).

Sit back and let Lindsay’s car crashes provide a timeline (and soundtrack) to your life, these are the biggest, craziest, stupidest gossip moments of 2012….

5. John Travolta gets grabby. John Travolta has been the butt of many a gay joke ever since Saturday Night Fever, but on May 7th the shit hit the back of the leg when an anonymous male masseuse claimed Travolta stripped and offered him a naughty reverse massage. Maybe John just sensed bad juju, and was trying to give the dude one of those magic Scientology assists?

I never believed the story, but it stuck with him like peanut butter heartburn, especially when the allegations inspired other “victims” to come forth with their own special tales of advances from the bald guy that ate Danny Zuko.

2. Snooki became mother meatball. The brains of Paris Hilton and body of Danny DeVito surprised everyone when she announced that she was not only engaged but pregnant as well. Famous for getting blackout drunk on marinara sauce and flashing her kooka at strangers, Snooki, the co-youngest cast member of Jersey Shore, seemed the least likely candidate to settle down.

Nicole beat Sammi and JJuggs to the child-having punch on August 26th. Information from Snooki & JWoww reveals that hairy baby Lorenzo LaValle may grow up to be a DILF (replace “dad” with “dwarf”).

K-Stew celebrated her reconciliation with Rob by wearing a bunch of transparent dresses that probably caused Rupert Sanders to jack off into mason jars he found in the basement Liberty Ross locked him in. 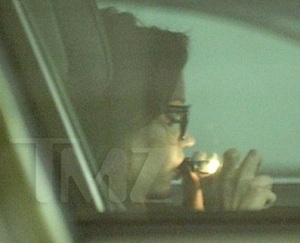 4. Amanda Bynes lost her shit. Former good girl Amanda Bynes was, or should have been on America’s list of possibly insane women in 2010 when she couldn’t stop Tweeting about people hating on her chocolate-loving vanilla self. It took a few years, but Amanda broke the Lindsanity Richter scale when she got into a million fender benders and talked to herself in a Baja Fresh parking lot.

It’s safe to say that excessive pot smoke inside the lungs and brain of an already fragile Easter Bunny.

1. Rihanna back in Chris Brown’s lap. 2012 was a wonderful year for all the super intelligent Chris Brown fans. Or maybe it wasn’t wonderful, because the collective known as “Team Breezy” actually thinks Rihanna isn’t worthy of him.

Anyway, after years of RiRi interviews about her love for Brown, long-distance collaborations and rumors, today’s Ike and Tina/Bobby and Whitney smacked lips at the VMAs, snuggled in the VIP section of Barclays Center then made their first extended public appearance together since 2009. 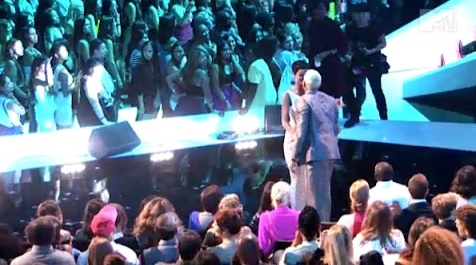 FUCK that. I would pay good money to see him “accidentally” walk into an industrial meat grinder. Bonus $10,000 if Michael Vick falls in while chasing a fumble, or a quarterback position on any team after this atrocious Eagles season.

Athletes retire with brain damage and a misplaced sense of self. Chris Brown gets to lip-sync forever with the girl he gave brain damage to. Life is not fair.

There are too many to choose from, but you can try by sorting through these old headlines: