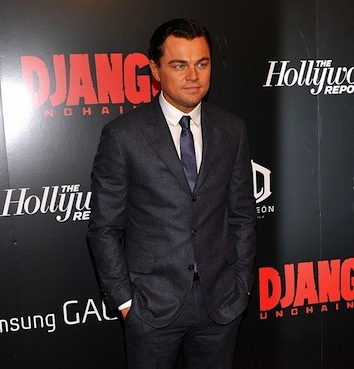 After working back-to-back with Tarantino, Luhrmann and Scorsese on Django Unchained, The Great Gatsby and The Wolf On Wall Street, Leonardo DiCaprio will be putting some space between him and his craft.

“I am a bit exhausted. I’m now going to take a long, long break. I shot three films in two years and I’m just worn out,” DiCaprio told the German tabloid magazine Bild.

Leo, who said that he was “almost sick” when he read his character’s lines in the Django Unchained script, clarified that he would not be in hiding for his “break,” which will involve him improving the world and doing good for the environment.

Of course the German-to-English Google translation makes him sound like a little boy with big dreams. In particular, lines like “I will fly around the world” and “I’m growing up too slowly!” So precious.

I just wish they’d included the part where he said “MODELS ARE PRETTY, I WANT TO PLANT TREES!”

Read: DiCaprio looks disinterested as a bikini-clad Naomi Campbell chatters to him on a yacht