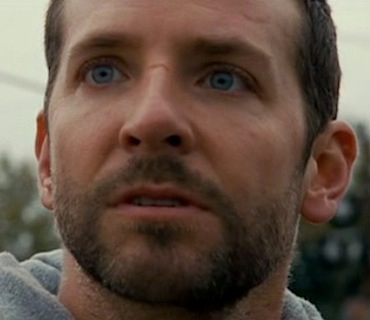 As much as I loved Silver Linings Playbook the movie, I noticed some strange things with the timeline and didn’t completely understand why Bradley Cooper’s character suddenly seemed to forget about getting back together with his wife Nikki in favor of the girl (Tiffany, Jennifer Lawrence) he seemed to regard as a friend throughout the entire film.

In the movie: Pennsylvania native Pat Solitano, the Eagles fan with the temper, was in a mental hospital for eight months.

In the book: New Jersey native Pat Peoples, the Eagles fan with the temper, was in what he calls “The Bad Place” for four years.

In the movie: #10, DeSean Jackson, the promising drafted wide receiver who caught 62 passes and completed two touchdowns in 2008. 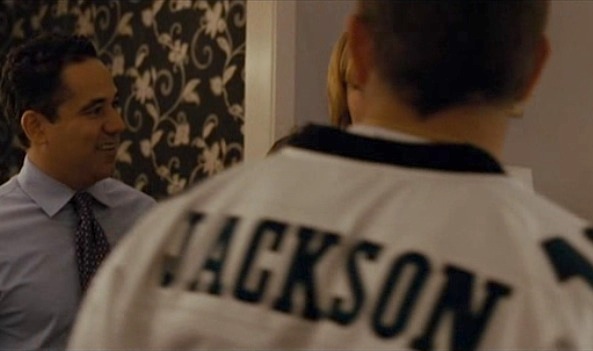 In the movie: Pat’s wedding song, a trigger now that he’s separated from his wife, is “My Cherie Amour” by Stevie Wonder.

In the book: “Songbird” by Kenny G.

In the movie: After showing Pat her dance studio, Tiffany, the “crazy slut” from down the street says “I’m not that great of a dancer, but who cares, it’s therapy and it’s fun.” The competition they enter is mixed with amateurs and more professional dancers, which makes them long shots to win. Pat’s parents and friends attend and cheer them on.

Pat, who seems to have fallen in love with Tiffany during their dance, sees Nikki sitting with Tiffany’s sister Veronica (Julia Stiles). He says “Thank you for coming,” she says “You look incredible,” and they hug. Their exchange appears to be a moment of closure for both parties. 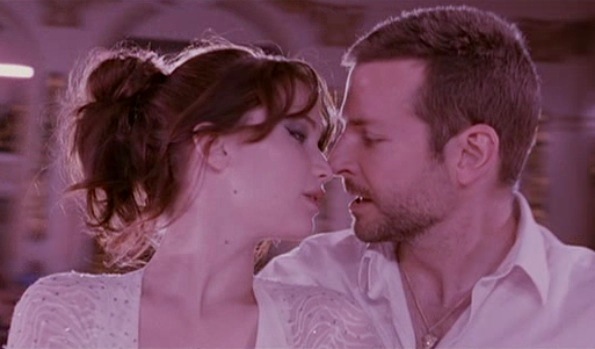 In the book: The contest is called “Dance Away Depression” and is filled with amateurs. After they finish, we read Pat’s monologue about the high school girls that admire Tiffany because she’s “an excellent dancer and a talented choreographer.”

Nikki does not attend, nor does Pat’s father. His therapist and Philly fans known as the “Asian Invasion” do. At this point, Pat does not appear to be in love with Tiffany and is still obsessed with ending “apart time” with his ex-wife.

Speaking of that, here’s how Pat fell in love with Tiffany…/The End

In the movie: Pat no longer loves Nikki after he sees her at the competition because he fell in love with Tiffany just moments before. Is surprisingly not upset when he finds out that she wrote him letters as Nikki.

In the book: Pat is mad at Tiffany after he finds out she lied to him by making him think he’d been communicating with his ex-wife (in written-down phone conversations between her and Tiffany). He does not talk to her for several days.

During that time, Pat’s brother drives him to Nikki’s house, where she lives with her husband Phillip (a former co-worker and the man she cheated on him with years ago). When he sees her happily playing in the snow with her two children he realizes (finally) that she has moved on and that there is no chance of reconciliation.

He later meets up with Tiffany (after reading a final letter explaining the death of her husband, Tommy, and following promiscuity). The book basically ends with the following touching words…

I remember that apart time is finally over, and while Nikki is gone for good, I still have a woman in my arms who has suffered greatly and desperately needs to believe once again that she is beautiful. In my arms is a woman who has given my a Skywatcher’s Cloud Chart, a woman who knows all my secrets, a woman who knows just how messed up my mind is, how many pills I’m on, and yet allows me to hold her anyway. There’s something honest about all of this, and I cannot imagine any other woman lying in the middle of a frozen soccer field with me – in the middle of a snowstorm even – impossibly hoping to see a single cloud break free of a nimbostratus.

Nikki would not have done this for me, not even on her best day.

So I pull Tiffany a little closer, kiss the hard spot between her perfectly plucked eyebrows, and after a deep breath, I say, “I think I need you too.” 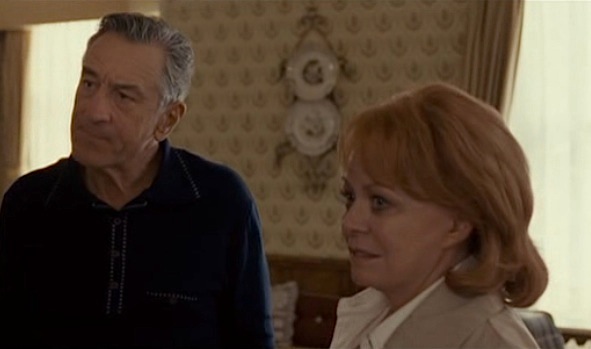