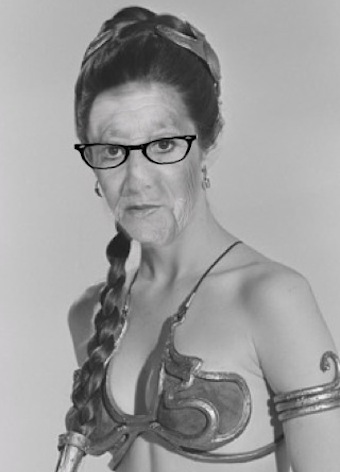 Carrie Fisher confirmed her return to Star Wars in an  interview with Palm Beach Illustrated (a publication that usually features wine tasting advice and tips for maintaining “beach beauty”).

Her comments tie in with those made by veteran Mark Hamill (who speculated that Luke would be “living out in some kind of desert igloo with a couple of robots”), and the rumor that Harrison Ford was also being propositioned for Star Wars Episode VII: An Old Hope.

These three are in their 50’s, 60’s and 70’s, and as much as I admire them all, I DO NOT WANT to see them wheeling around the Millennium Falcon cracking wise about their age all bloated and grey like Ford in The Kingdom of the Crystal Skull.

Concept art hasn’t even been drawn up, and Fisher is already partaking in the old-person jokes. When asked what her character would be like today, she instantly embraced “elderly” as an appropriate adjective.

I just think she would be just like she was before, only slower and less inclined to be up for the big battle.

Nooooo. No. No. We’re talking about the most worshipped sci-fi sex symbol of all time, forever emulated at Comic-Con over the Black Widows, Neytiris and Katniss Everdeens of the world…

I thought I could expect more than just silliness and exploitation from Disney and J.J. Abrams. I thought Mom Leia wasn’t an option. I thought the bagel buns were sacred… I thought the prospect of a new series with an entirely new cast and new director was enough to entice fans. 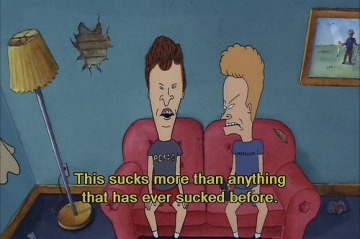 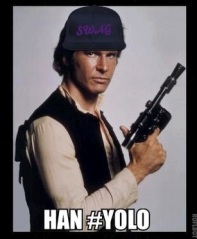 Of course if you offer these roles to them they will accept. That’s why you just don’t offer. Toss them a voiceover maybe, but don’t alter my childhood by making me look at their faces.

As if I don’t already feel older than the tree from Pocahontas.