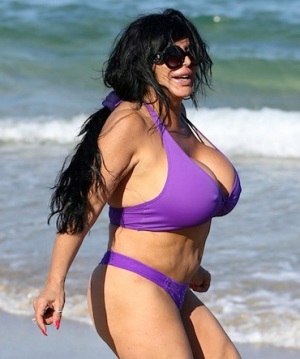 We all saw Jenni Farley’s plastic transformation from regular girl-with-boob-job to “Wow, something is wrong with your face but I can’t quite put my finger on it” between season one and six of Jersey Shore, but at least her stomach is intact, for now.

I call it the Eye of Sauron. Or sometimes, Voldemort’s nostrils. (See Octomom.) 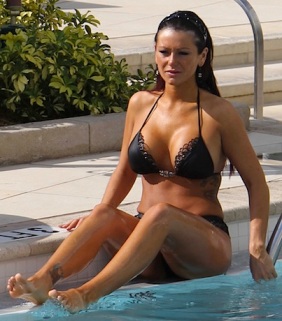 Watch out, Jenni. We all see your future and it ain’t pretty.