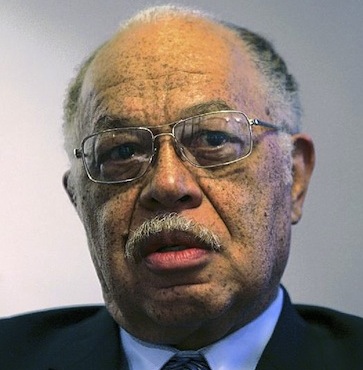 The grand jury report in the case of Dr. Kermit B. Gosnell – charged with the murder of seven infants and one mother at his clinic in Philadelphia – is truly the most horrific thing I have ever read.

According to the report, Gosnell, now 72, and his unlicensed staff performed “hundreds” of procedures on women who were in their final trimester of pregnancy. (The majority of these murders cannot be prosecuted because the files were destroyed.) The process he called “snipping” and “ensuring fetal demise” involved cutting a baby’s spinal cord with scissors.

One intern who worked at the Women’s Medical Society when she was just 15 testified on Thursday that she heard the newborns “screeching” and could see them breathing before they were killed.

The real key to the business model, though, was this: Gosnell catered to the women who couldn’t get abortions elsewhere – because they were too pregnant. Most doctors won’t perform late second-trimester abortions, from approximately the 20th week of pregnancy, because of the risks involved. And late-term abortions after the 24th week of pregnancy are flatly illegal. But for Dr. Gosnell, they were an opportunity. The bigger the baby, the more he charged.

Gosnell redefined the word “malpractice,” “fudging” measurements during the ultrasound so the babies appeared smaller than they actually were. He even joked that one was so big he could have walked him to the bus stop.

The state of clinic is described in detail as filthy, with broken equipment, cats roaming freely, an emergency exit that was “padlocked shut” and fetal remains in jars, bags and plastic jugs.

Many pro-life advocates have flocked to this case, using it as an example of how wrong abortion is. I’d have to argue that, at upwards of seven months, they couldn’t be defined as abortions as all.