The first Catching Fire trailer premiered last night at the MTV Movie Awards with plenty of footage of District 12 and The Capital and none of the island Peeta and Katniss will spend most of the movie on.

Yeah, spoiler: the former champs end up back in the games with two old people (Beetee and Wiress), a hot guy who’s good at sex and swimming (Finnick) and a sneaky bitch (Johanna). 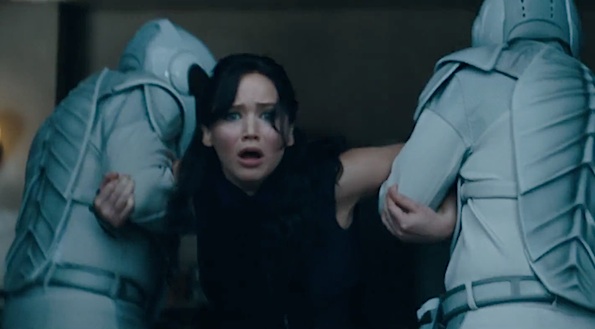