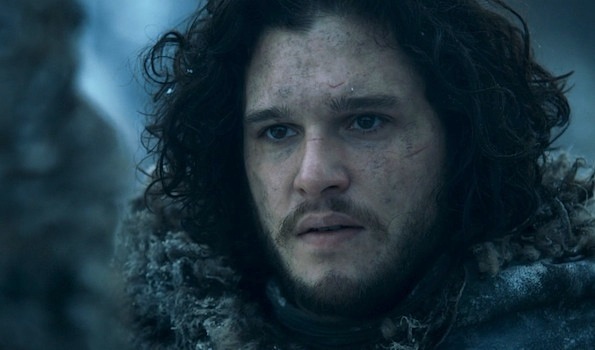 In episode five of season three, “Kissed By Fire,” Ygritte lures Snow into a naked embrace by stealing his sword and running into a sexy hot springs cave.

Unable to resist her pickup line (“You swore some vows; I want you to break ’em”), he falls headfirst into her vagina, trying out some tricks that lead her to question if it was actually his first time.

Many leagues away, blonde hunk Jaime Lannister and blonde giant Brienne (Gwendoline Christie) also share a bath and a similar, but platonic nude hug when Lannister (Nikolaj Coster-Waldau) swoons during a heavy story about why he killed The Mad King. 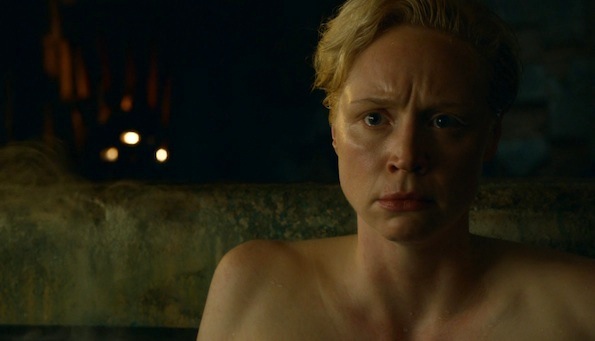 As Entertainment Weekly pointed out in their pun-filled “Pool Intentions” recap, “Who knew Westeros had more hot tubs than Miami?”

Here’s a quote from Harington, on how much he loved shooting this episode:

That was a lovely scene to film, with Rose Leslie. It’s one of the rare moments in the series where you get quite a tender, happy moment between two people. We were looking forward to filming it, because it was so beautifully written, and then when we did it, it’s so beautifully lit. I enjoyed it a lot, and it wasn’t too awkward. I think Jon’s the only one on the show who hasn’t had sex yet, it seems to be, so that was nice. You’re rooting for him to finally, for want of a better word, get laid. So it was good to get that on the show, as it was.

Read: Game of Boners: One Hand, One Heart

One thought on “Jon Snow Just Lost His Virginity”