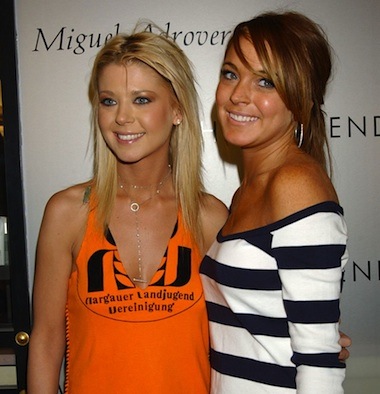 TMZ’s choice to let Tara Reid host their television show this week paid off. As soon as the topic of Lindsay Lohan getting her car towed came up, Tara, an expert in train wrecks, called out Lindsay’s behavior.

“She should just stop driving,” Reid said, later explaining that they don’t get along because Lindsay is a “mean drunk” who crashed her friend’s car. Apparently, one of the few times they did hang out, Lindsay rubbed Reid’s vodka watermelons the wrong way by drowning innocent cell phones.

“She’s so paranoid … anytime she thinks someone has a camera phone on, she drops it in the ice bucket.”