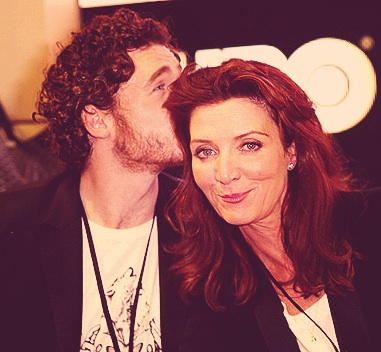 If you read ahead and still complain about Game of Thrones spoilers after this paragraph I’m going to tie your hands to a radiator in a room with a television that plays nothing but the rape scene from both versions of Last House on the Left, the second half of Million Dollar Baby and Boys Don’t Cry and grandpa’s dinner portion of The Texas Chain Saw Massacre.

Call me a drama queen all you want, but that Red Wedding scene from the second-to-last episode of GoT may have been worse than any scene from the aforementioned movies.

There’s a video circulating of fans who didn’t read the third book (I’m currently on the second), A Storm of Swords, after its publication in 2000, reacting to HBO’s airing of The Rains of Castamere on June 2, 2013, and none of their face-covering and minor screams compare to my full-blown temper tantrum.

This is not something I’m proud of, believe me. I don’t want to win a contest of emotions over fictional characters. But seriously, I let out a half scream queen, half child-with-a-broken-toy or limb noise, then threw balled-up socks (I was doing laundry at the time) at the wall and ran into the bedroom crying.

I came out, slightly more calmly, and watched the rest of the scene. At this point I’m clinging to the idea that only one person had actually died, and that the other two may have a chance…

But no. With the visual help of David Benioff and D. B. Weiss, George R. R. Martin stabbed a pregnant woman in the stomach, slit the throat of a mother and son who have already been through too much, and shot her son’s wolf full of crossbow bolts in front of Arya Stark, who was sitting outside the gates anticipating her first happy moment since long before her father’s death.

To add insult to injury, the guy behind it all (a nearly sadistic equal to Martin himself) was played by David Bradley, better known as Filch in the Harry Potter movies.

Remember the face Filch made when his cat died? Yeah. Me too. I just made it.

I don’t feel much of a need to explain exactly what happened, because if you’re reading this, you’re supposed to already know. All I’ll say is that this all supposedly happened because Robb Stark broke his daughter-marrying promise to 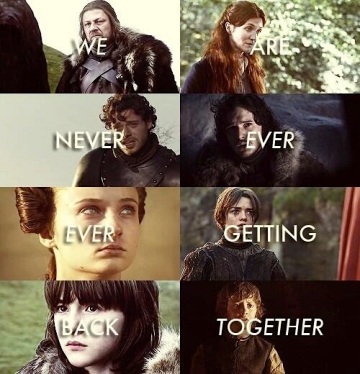 Lord Walder Frey, but really it’s because Game of Thrones was intentionally made to disprove the theory that unhappy endings don’t get viewers. That Disney movies and rom-coms are not reality. That life is not all tea parties with unicorns that poop gold and bacon.

Martin once reportedly admitted in a panel that Catelyn Stark (one of the deceased, and arguably the strongest female character next to the Khaleesi) and her daughter, Sansa, are his least favorite characters. Then he admitted that it was so “difficult” for him to brutally kill Catelyn and Robb Stark that he wrote the Red Wedding chapter last.

Michelle Fairley (Lady Stark) and Richard Madden (Robb) have both commented on the twist.

Here’s his, from Entertainment Weekly <- (click for more on the evil power of Google):

Operating under the assumption that her younger children, Arya, Sansa, Bran and Rickon, have all been killed, Catelyn can’t bear to see Robb die at the hands of Walder Frey’s hired goons. “She thinks they’re all gone, so she has absolutely nothing to live for,” Fairley said. “Basically, when she slits the throat of Walder Frey’s wife, she’s inviting her death. She’s already dead inside.”

“My mother and brother are dead. Like OMG dead.” ……..Stay tuned for Justin Bieber’s…….

Below is a photo from Danielle Fishel’s Twitter with a caption about JB needing to take his giant stupid hat off and show some respect for Miami Heat fans of equal height. And dead Starks. 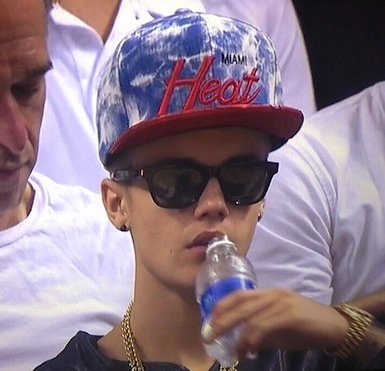