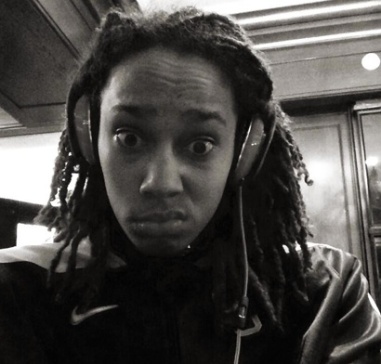 In case you were living under a rock on Mars for the past year, Brittney Griner is this incredibly tall awesome woman basketball player who dates other women and wears bow ties. (Check out this ESPN profile of her for more on that.)

She’s the Ronda Rousey of orange leather balls. Or Bill Nye, except instead of teaching science, she’s breaking barriers in sports and changing views on gender roles.

Like Rousey – who convinced MMA president Dana White to allow women in the UFC and is on her way to becoming the sport’s first female millionaire – Griner is very good at what she does and is about to make major bank on her it factor combo of individuality and talent.

Griner is the first openly-gay athlete to score a contract with Nike. And there’s a twist, the holy grail of all endorsements was signed completely on her terms, with no stipulations regarding sex-based style or size. 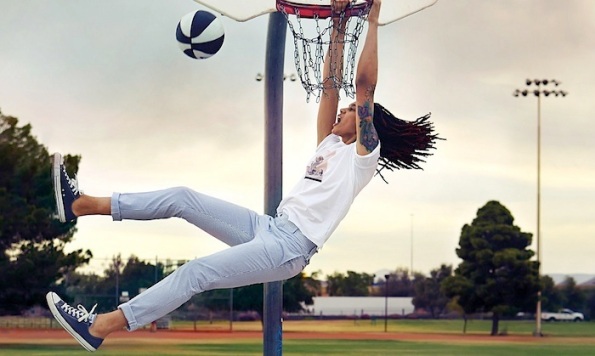 In other words, the recently-signed, nearly 7-foot WNBA superstar will be modeling shoes and other articles of clothing for both men and women. Or maybe just for men. Or Skittles.

One thought on “Brittney Griner To Model Gender-Neutral Nike Clothing”