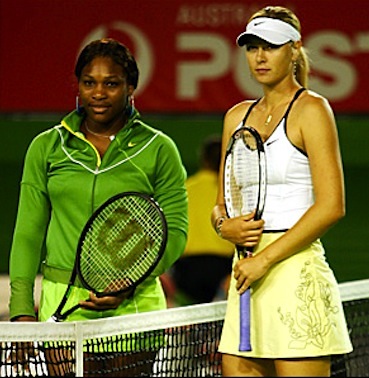 Williams also made mention of the player’s boyfriend having a “black heart.” Talk about glass houses. Let me break it down. Serena is mad because Sharapova is dating her ex, Grigor Dimitrov.

Sharapova didn’t actually use the word “homewrecker” because of her kind and seemingly angelic spirit, but she did say Serena needs to mind her own beeswax and maybe avoid dating men like her coach, Patrick Mouratoglou, who is thought to still be married to Clarisse Mourataglou.

After acknowledging Williams’ talent, Sharapova said, “If she wants to talk about something personal, maybe she should talk about her relationship and her boyfriend that was married and is getting a divorce and has kids.” …Kind of an awesome comment if you actually know what she’s talking about. 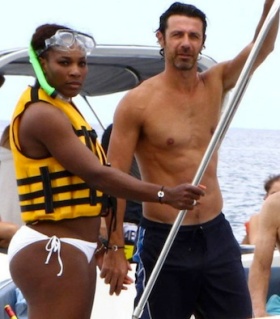 Especially awesome because, even though Williams’ overall record exceeds Sharapova’s, Maria still beat her at Wimbledon in 2004 when she was just 17. Honestly I wish she’d just said “You know, Serena Williams is the worst sportsman in the entire industry, so I don’t take anything she says seriously.”