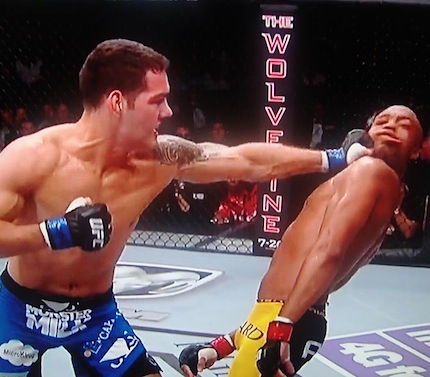 While it was weird that he hunched over after one light hit prior to the knockout and just plain stupid how much he seemed to underestimate and not respect his opponent, his eyes did “just roll back into his head,” as Dana White put it. Seems like a hard thing to fake. Maybe?

I know I’m supposed to care about the integrity of sports, but how can I take the fight seriously when they went ahead and kissed during the weigh-in? 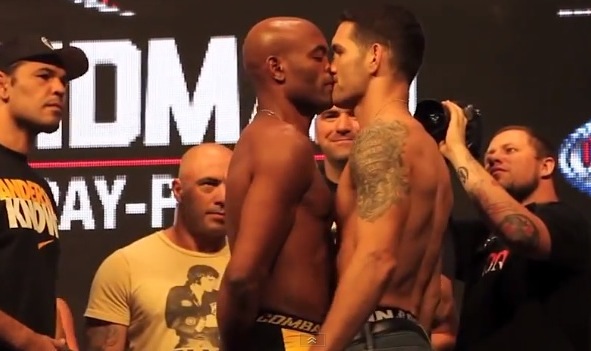 I’ve been saying for years how homoerotic all the leg wrapping and tight shorts are and this is just not helping at all. In the words of Katy Perry, “You’re so gay and you don’t even like boys.” #CryingShame

One thought on “UFC Wonderman Anderson Silva Finally Lost a Fight, Was it Fixed?”