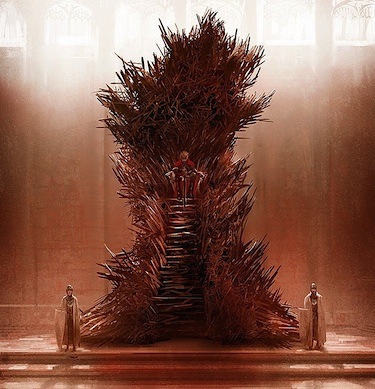 The third season of Game of Thrones may have just wrapped, but HBO and author George R.R. Martin have no plans of slowing down the series (except for that whole taking forever to write book 6 and 7 thing).

While Martin has always been involved in the wildly successful onscreen version, he recently took to his blog to express a bit of disappointment in the Iron Throne used in the show.

Martin said that while the HBO throne has a “terrific design” and is “iconic,” it just isn’t what he imagined. In fact, it’s at least six times smaller and way less full o’ swords. From Grrm.livejournal.com:

It’s not the Iron Throne I see when I’m working on THE WINDS OF WINTER. It’s not the Iron Throne I want my readers to see. The way the throne is described in the books… HUGE, hulking, black and twisted, with the steep iron stairs in front, the high seat from which the king looks DOWN on everyone in the court… my throne is a hunched beast looming over the throne room, ugly and assymetric…

Martin included the above drawing by Marc Simonetti as a point of reference for readers and viewers alike, adding that “the Book Version of the Iron Throne would not even fit through the doors of the Paint Hall.” 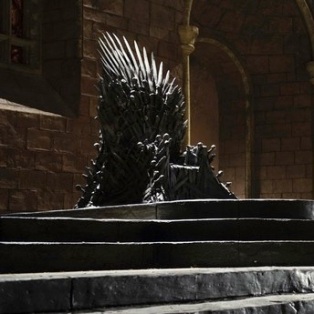 Read: ‘Game of Thrones’ fans can have their very own Iron Throne for $30K

One thought on “Sorry HBO, the Book Version of the Iron Throne is SO MUCH Bigger and Badder”