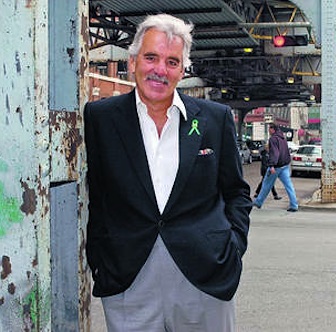 It has been revealed that actor and former police officer Dennis Farina‘s passing on Monday in Scottsdale, Arizona was due to complications from lung cancer.

“He had a small cancer 13 years ago that was treated and cured with surgery,” his cardiologist said in a statement. “Over the last several months, he unfortunately experienced a recurrence of the cancer which was being treated. Despite treatment, over the weekend a blood clot developed in Mr. Farina’s lung which unexpectedly and suddenly took his life.”

Farina, 69, appeared in more than 70 movies and TV shows in his lifetime. His credits include Luck, Law and Order, Reindeer Games, Snatch, Out of Sight and Get Shorty with James Gandolfini (RIP).

After working in Chicago as a cop specializing in burglary, Farina was called as a consultant on the 1981 crime film Thief in which he was given a small role that eventually caused him to retire from real-life police work and pursue a career as one of Hollywood’s most recognized onscreen detectives.