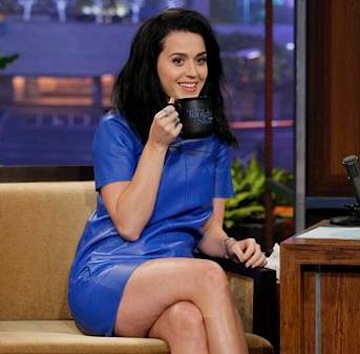 Katy Perry has weird physical ailments just like you and me and your old dog or cat or the fish that one guy made the life vest for (so cute).

But Perry’s not a fish that can’t float, she’s one that floated straight into a riptide that made her knee funky forever.

“Wherever I go, I have these two rocks that I still can’t get out of my knee,” she told Jay Leno. “They’re from being slashed across the rocks in Rincon … which is a really popular spot in Santa Barbara.”

Perry added that she doesn’t mind her California-centric surfing injury because it makes her feel “closer to the earth.”

Mhmmm. And I have back problems even though my boobs are the size of Keurig samples and I barely ever lift anything heavier than a half empty box of Corn Puffs…

The only difference is that I feel closer to death, instead of the earth.