Tara Reid became understandably upset when TMZ reported that sources close to the geniuses behind Syfy’s runaway so-bad-it’s-good joke-horror hit Sharknado didn’t want her back for a sequel.

Upset because, if that were true, she wouldn’t be seeing a raise on that $50,000 paycheck and she’ll have to go back to walking the streets braless and talking loudly to the cracks in the cement near bored paparazzi, or maybe start a band with Edward Furlong and Jeremy London so people don’t forget who she is.

Turns out, Tara probably will be called back for Sharknado 2. While the movie hasn’t actually been cast (#1 also starred Ian Ziering as Reid’s ex-husband and Home Alone dad John Heard), producer David Latt says the rumor is absolutely not true.

“The short answer is: Nope. Tara is invited back,” Latt told The Hollywood Reporter. “Honestly, I don’t know where that [story] came from.”

You know you’ve hit a low point when you’re excited about being asked back to a movie about a tornado full of sharks…. Either way, I hope Sharkcano, Sharkavalanche and Sharkicane come to fruition. 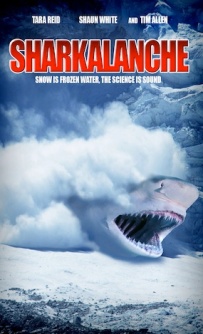