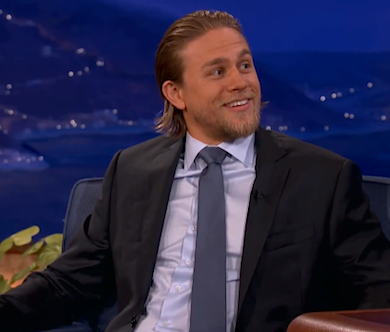 Charlie Hunnam, beloved shirtless star of Pacific Rim and Sons of Anarchy, has backed out of Fifty Shades of Grey.

An official statement from the studio cites a scheduling conflict, saying Hunnam’s leather-clad role on Sons doesn’t allow him the time to prepare for the equally leathery role of Christian Grey.

This is clearly bullcrap, because he knew his exact schedule when he signed on.

A source tells Hollywood Life that Charlie didn’t want Fifty Shades to be “his version of Showgirls,” which seems much closer to the truth, because he’s too decent of an actor to become the laughing-stock of Charming, L.A. and England all because of a paycheck.

Back to square one. fortunately, casting rumors for an adaptation of the worst book of all time are the only thing holding people’s interest. Somerhalder, Bomer, Cavill, anyone?