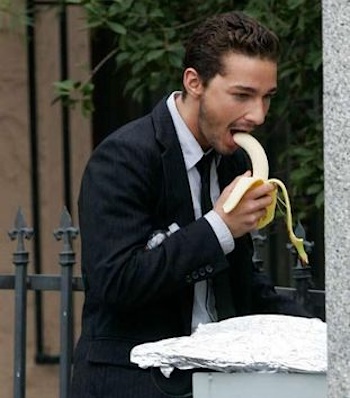 The manchild whose career flourished with Transformers and died once he grew his hair out says he is retiring.

After ripping off graphic novelist Daniel Clowes and paying thousands of dollars to write a “creative” apology in the clouds,  Shia LaBeouf is bowing out from the spotlight. At least we hope he is.

“In light of the recent attacks against my artistic integrity, I am retiring from all public life,” LaDouche wrote on Twitter. “My love goes out to those who have supported me.”

How faint would the memory of him ever being famous be if he wasn’t doing things like announcing his retirement, skywriting, and acting like the entire world asked to see his penis and he’s simply obliging us?

2 thoughts on “Shia LaBeouf: ‘I Am Retiring From All Public Life’”