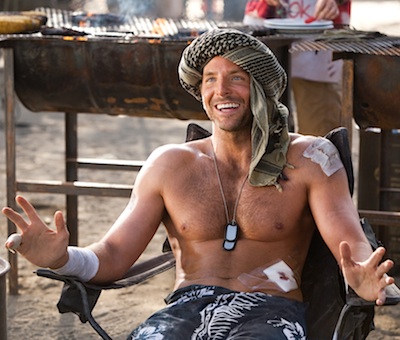 Nerds, flex your gag reflex. People who thought Indiana Jones and the Kingdom of the Crystal Skull was a completely acceptable movie: I have good news for you!

Disney may be recasting Bradley Cooper as Indy, replacing 71-year-old Harrison Ford after four runs as professor Jones beginning in 1981 with the spectacular Raiders of the Lost Ark. (I love the smell of melting Nazis in the morning.)

A source for Latino Review says the studio is “100% prepared” to move ahead with a younger actor for Indiana Jones 5, with Cooper at the head of the list. LR adds that Frank Darabont (The Walking Dead, The Young Indiana Jones Chronicles) is being considered for lead script writing duties.

According to Huffington Post, this is simply not true, as a separate source close to production of the new movie says “there are no plans to reboot the franchise with another actor.” Hmm…

If Harrison Ford was dead his corpse would be spinning.