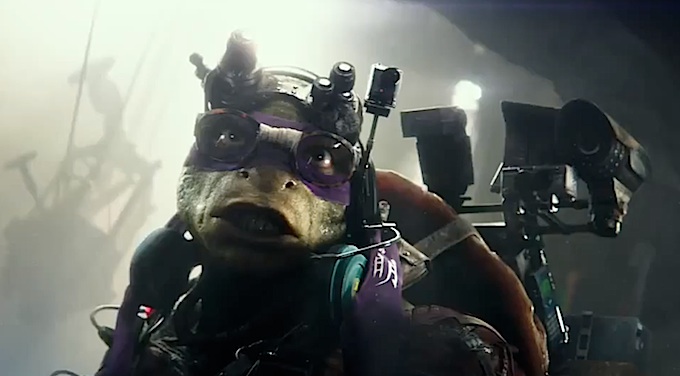 Anyone who grew up with the original Ninja Turtles remembers how “cool” they were. They somehow managed to be super relatable despite being of the reptile persuasion, which was part of the allure along with how well the turtles were marketed to my generation.

I would have traded my soul and the souls of my family for a bucket of those action figures.

A bunch of young, fun-loving superheroes with a rat mentor and human love interest? Their species didn’t matter. In their heyday, they could have been the Teenage Mutant Ninja Alligators or Dogs, but now my memories are being desecrated by CGI monstrosities who look too stupid to not be extinct. In the new Ninja Turtle movie, Donatello is a derpy frog professor with progeria and Michelangelo wears puka shells.

Even after being handed a few million dollars to pretend like this is all okay, Megan Fox is like: 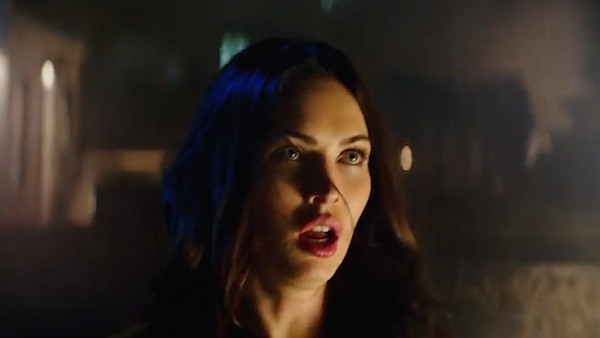 I can’t blame that guy who’s pretending to direct when we all know these warped clichés and awkward special effects reak of Michael Bay. The new teenage turtles are so much more mutant than ninja, “the smart one” has to have buckteeth and tape on his glasses and “the cool one” smells of such desperation, you wouldn’t even hang out with him if he handed you a bag of weed and the keys to his car. 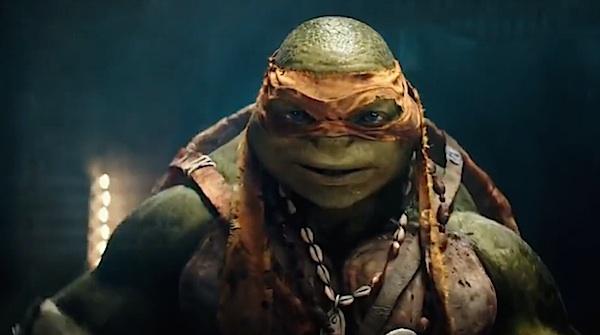 I didn’t think it was possibly to make a live action version of something that’s already based on animation so overly cartoonish. If Michael Bay or these turtles ran up to me on fire and begging for help I’d calmly hand them some gasoline. The wheels on the short bus go ’round and ’round, ’round and ’round.