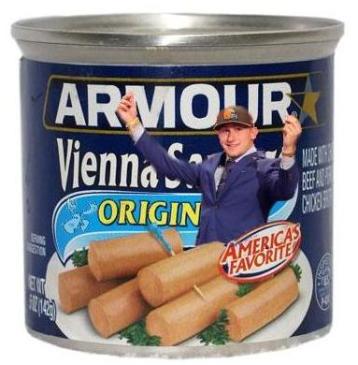 Browns quarterback Johnny “Football” Manziel allegedly sent Dr. Drew On Call co-host Samantha Schacher a photo of his penis in a hotdog bun and a video of him dancing naked to “It’s a Small World,” in a $25 million dollar lawsuit filed in Florida.

The 1st round draft pick’s agent is calling the suit “1000000% fake,” and it’s more than likely that serial legal attention-seeker Jonathan Lee Riches is behind the whole thing. (Schacher denies ever filing it.)

Riches is the man who accused Kim and Kanye of being terrorists and Britney Spears of forcing him to buy implants and cocaine for her at gunpoint.

Read: The 18 Most Outrageous Things Johnny Football Has Done