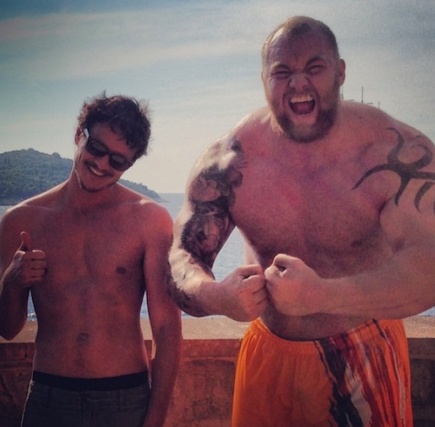 ** Read no further unless you’re caught up on Game of Thrones or love spoilers! **

Pedro Pascal has talked in great lengths about the outcome of his character’s epic fight against the Mountain on Game of Thrones in the name of Tyrion Lannister and his dead sister, Elia Martell.

To Access Hollywood, on identifying and falling in love with Prince Oberyn “The Viper” Martell:

I found him very delicious. I also found him very, very honorable and very progressive and just an all-around badass, not because he’s a great fighter and because he likes to f*ck everything that moves, but because he has morals that I identify with. So it was always very hard for me to kind of like, detach myself from my own heartbreak that the character goes out the way that he goes out.

Pascal said in that same interview that he wouldn’t hesitate to star in a sort of Red Viper origin series or movie, as unlikely as that is. 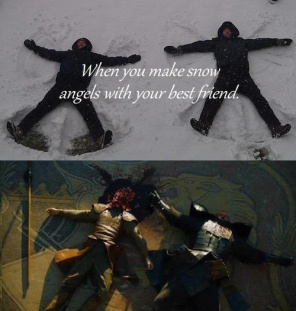 “I mean, really, do you have to ask?” Pedro said. “Anything to take me out of mourning.”

i shit you not, i can't get rid of this headache.

He also told Vanity Fair that Oberyn’s funeral would be a beachfront event with a drum circle, Tex Mex and partygoers wearing bright colors and Día de Muertos masks. Plus, elephants dressed as snakes coming out of the sea and throwing his body in a bonfire. #LoveThisGuy

Read: In Praise of ‘Game of Thrones” Prince Oberyn: A Genuine Bisexual on TV