The driver of a Walmart truck on the New Jersey Turnpike who rear-ended a limo bus full of comedians on Saturday is being held on 1 count of death by auto and 4 counts of assault by auto.

James McNair, 63, a known to some as “Jimmy Mack” or “Uncle Jimmy Mack” was pronounced dead in a wreck that involved 6 other vehicles, leaving Tracy Morgan, his opening act, Ardie Fuqua, and their tour manager in critical condition. Fellow opener Harris Stanton left the hospital and is home safe.

Kevin Roper, the man responsible for the accident’s bail has been set to $50,000 and faces 5 to 10 years in jail if recklessness – likely in the form of sleep deprivation – is proven.

I know everyone is praying very hard for Tracy Morgan, but I’d like to urge you all to direct equal attention to his lesser-known companions. Not much is known about their tour manager, but Fuqua has already lived through a serious tragedy. 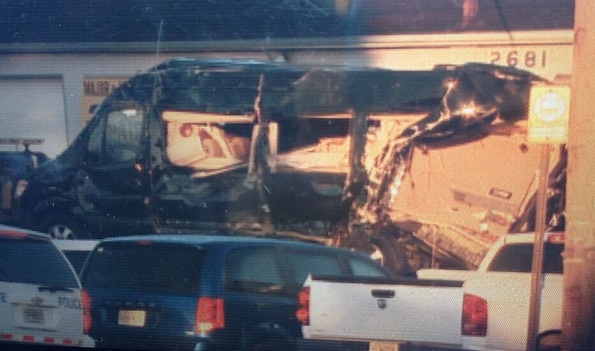 In 2012 the Jersey-native lost his teenage son to a freak basketball accident. Via Splitsider:

On May 12th, 2012, Ardie’s 19-year-old son Jamaal went out to play basketball with friends. Jamaal was an athletic, popular boy with handsome features, the striking genetic mixture of his Black father and Indian mother. During the game, he was fatally injured after taking an elbow to the heart. He was hit, says Ardie, right at the moment his heart skipped a beat, sending him in to shock. He died in the hospital later that day.