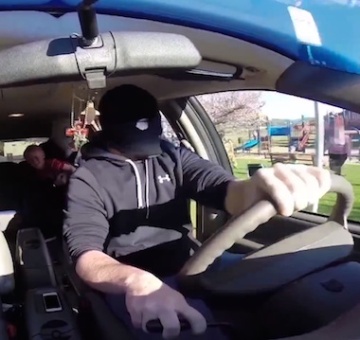 Jesse and Jason Holden (cousins) ran into Sequim’s Carrie Blake Park,  snatching a young boy. They ran the boy into a van and sped away while worried parents chased after them. Little did the parents know, this was all a set up. The mother of the child, Shellie Baskins, was waiting in the car for her child to be brought to her from the “kidnapper.” They later met up with a police officer who was previously informed that this act was going to happen and that it was to raise awareness for child abduction.

Only the people who were involved in the fake kidnapping and the few police officers were aware. Afterward, the cousins returned to the park to explain what there were trying to do. Everyone was outraged at the least.

The cousins and the mother were later charged with disorderly conduct. The trail dates have not yet been determined but the trio could be charged up to 364 days in jail or a $5,000 fine.

The Holdens made a national apology on television to try to get across that this was not a prank and was for awareness.

One thought on “Fake kidnapping in Washington?”