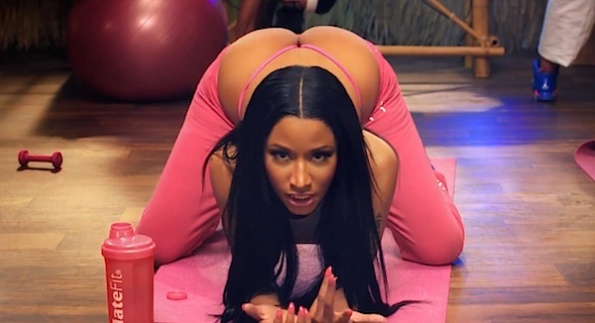 On behalf of everyone, I would like to proclaim that I watched all of Nicki Minaj‘s new music video, which is “Baby Got Back” with a different title and a verse about a dude named Michael with a “dick bigger than a tower” who tossed her salad “like his name Romaine.”

Michael and this other guy Troy love that she’s down to bang in a car and that she eats breakfast lunch and dinner because, as you can tell from the salad references and slow-motion banana peeling, she’s very health conscious.

As with all things Nicki Minaj, it all boils down to the ass, and this is definitely the most assalicious song of Nicki’s. (“Dance A$$” doesn’t count if we’re being technical.)

The video is just an excuse for Nicki and other self-proclaimed big bootied hoes to twerk.

All twerk and no play / twerking hard or hardly twerking?

If you insist on watching, fast-forward to the 1:33 mark, where Nicki lifts .05 pound weights in a hot pink French-cut thong, then to this lap dance…

There’s a lot of fruit in this video. It’s like Fruit Ninja, but with asses instead of swords, unless you’re counting Drake’s boner, but I think it’d be really hard to cut a strawberry with that.

Let’s all ponder the deep meaning of one life-altering question: whose fame would diminish more without their universe-sized butt, Kim Kardashian or Nicki Minaj? 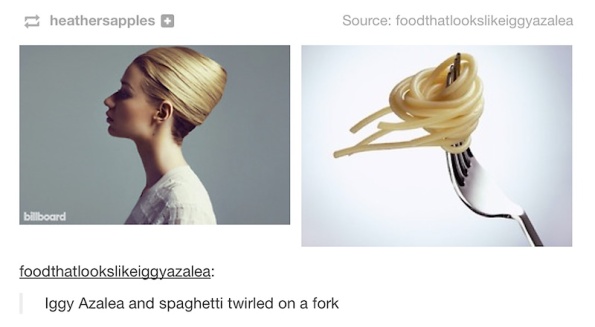