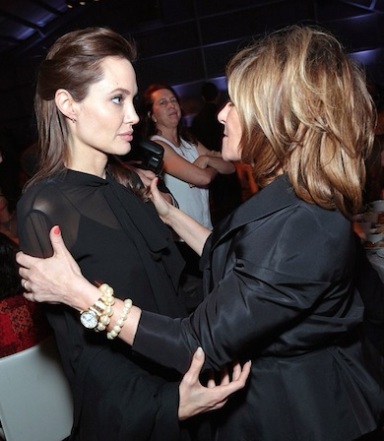 One year after announcing a double mastectomy, Angelina Jolie wants you to know she’s f*cking fine and just needs a second to stop being scratching her beautiful face and body with her gnarled witch hands.

“I will be home, itching and missing everyone, and I can’t believe it because this film means so much to me,” she said in a video to her fans.

(She might also pissed because Unbroken wasn’t nominated for a Golden Globe, but that’s just kinda what happens when you make a movie starring Cook from Skins in spandex, isn’t it?)