Like the Packers against the Seahawks in the playoffs, Seattle had the game completely in the bag but failed, deciding to pass the ball at the end of the 4th with the end zone just inches from Marshawn Lynch’s face. Tom Brady jumped for joy as Russell Wilson threw the game-losing interception to Malcolm Butler, ending it at 28 to 24.

Also, Katy Perry flew around on a shooting star with her mic securely strapped to her arm later joined by Lenny Kravitz (who has kissed a million girls and liked it), plus dancing beach balls and one totally

out-of-sync shark. And in case Lenny failed to help you completely grasp how white Katy Perry’s performance was, Missy Elliot made my early 2000-loving High School eyes explode with a surprise appearance.

The one meme I haven’t seen yet is one pointing out that the dress Perry wore while riding on a metal lion (designed in Scappoose, Oregon) was sewn by Lenny Kravitz for Katniss Everdeen in the first Hunger Games. 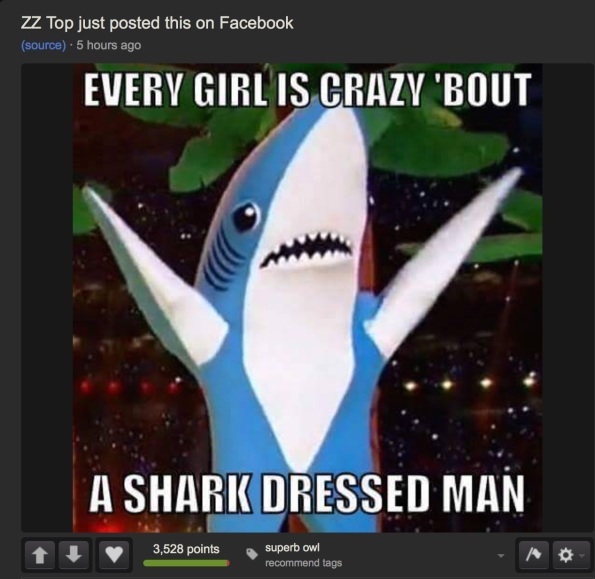 Read: An awesome photo of Richard Sherman and Tom Brady

One thought on “Dancing Shark is Real Super Bowl Winner”